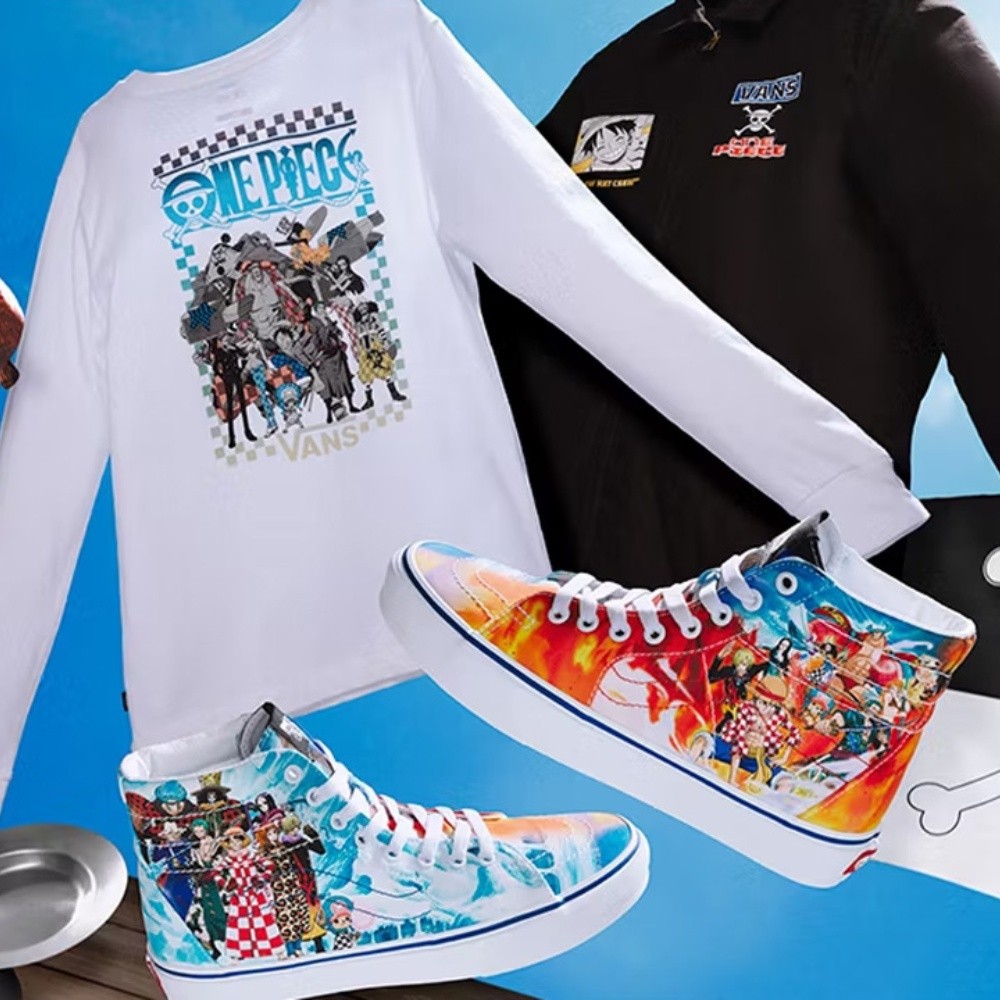 Fans of »a play Soon they will be able to take the Hat Pirates everywhere. Van’s just announced a new collaboration with the anime that will have a special line of shoes and other items like t-shirts, hoodies, hats, and even a backpack.

The new line of merchandise includes some of One Piece’s recognizable icons, ranging from portraits of the Straw Hat Pirates, their pirate flag and “Wanted” posters. A complete list of all items in the collection can be found on the official website of the VANS x One Piece collaboration, which has a release date of November 11.

You may also be interested in: Park Ghibli: This is what the Studio Ghibli theme park looks like

The new shoes and jerseys line up perfectly for the release of »One Piece Film : Rouge’‘, which will be released in America on November 3. “Film Red” became one of the biggest box office hits in Japan, earning around $122 million in Japan alone.

Continuing with the products related to “One Piece”, in February 2023 will be released the Choppertchi Tamagotchi, the pocket pet version created by Bandai where fans can own and care for their very own Chopper, the talking reindeer and Straw Hat Pirates doctor. The special tamagotchi edition will cost a total of $19, or about 400 Mexican pesos.

You may also be interested in: One Piece Creator Announces New Manga Titled VERSUS

The beloved pirate manga created by Eichiro Oda debuted in Shueisha’s Weekly Shōnen Jump in 1997, spawning over 1,000 individual chapters. The story follows Monkey D. Luffy, a rubber-bodied pirate captain, as he and his crew navigate the Grand Line and embark on a host of wacky and dangerous adventures. With over 516 million copies sold, “One Piece” is the best-selling manga series of all time.

It was in 1999 that Toei Animation started the anime adaptation of “One Piece”, which currently has a total of 1036 episodes, which can currently be seen through Crunchyroll Oui Netflix.