Brazil has again fined Apple, this time to the tune of $19 million, for selling iPhones with chargers and failing to comply with a judgment in a previous court case. 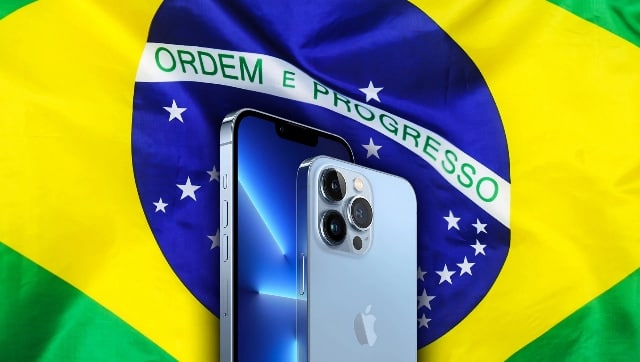 Apple has been ordered to stop selling the iPhone without a charger. This time, Apple was fined nearly $19 million for continuing to sell iPhones without chargers.

In September this year, the Brazilian Justice Ministry ordered the suspension of iPhone sales in the country after ruling that Apple was harming consumers by selling the product without the power adapter and charger. However, Apple continued to sell iPhones in Brazil despite the ban.

A Sao Paulo state court observed that what Apple is doing is “tying” because there are consumers who do not have a compatible power adapter at home and are forced to buy one new. Apple says it no longer ships the iPhone with the power adapter included to reduce carbon emissions and e-waste. However, the Brazilian court challenged Apple about it and said it believed it was just a way for the company to make more money by selling its own accessories.

As a result, Apple was fined approximately $19 million by the São Paulo Court of Justice. The court also ordered Apple to include the power adapter in iPhones sold in Brazil. Apple said it would appeal the ruling, just as it did when Brazil’s Justice Ministry ordered a halt to iPhone sales in the country.

Previously, Apple fined $2.4 million in Brazil for not selling iPhone with charger included. Of course, the company’s decision to appeal the ruling buys time to continue selling the devices in Brazil while it prepares its defense in higher court.

Earlier this year, Samsung also faced the same requirement in Brazil. The South Korean tech giant decided to comply with Brazilian authorities and started including the charging adapter in its products.

Brazil’s telecommunications regulatory agency had proposed that every smartphone sold in the country adopt USB-C as a standard. This proposal is somewhat similar to the recent EU decision that made USB-C the standard port for all wired charging of personal devices. The US Senate as well as Indian authorities are also considering a similar proposal.