The onion is one of those vegetables that cannot be missing in any kitchen. But what to do with those eternal watery eyes when you cut onions again?

What makes your eyes water when you cut onions?

Sometimes you just have this onion thread that is so sharp your eyes start watering as soon as you slice the onion in half. This is because the sulfur is released as soon as you cut an onion. The trick is to put as little sulfur as possible in your eyes. The more you start rubbing, the more you will feel like you are momentarily blinded. Luckily, there are several handy tricks you can use to avoid crying (as best you can). 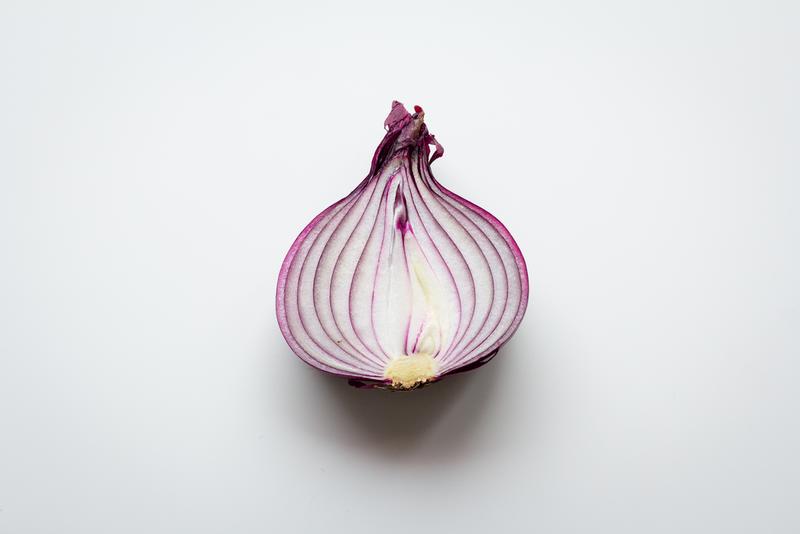 Remove the core from the onion

One of the most useful tips is to first remove the core of the onion: because it is the culprit. You remove the core by cutting a slice off the bottom of the onion. With the knife you can then remove the pit (that hardest part of the root). And if the middle part is large, you can also cut it out. Throw away the core, and that’s it.

If you don’t want to remove the core, you can also wear onion goggles. It’s not very charming, but hey: it’s handy if you don’t want a tear on your cutting board. These goggles protect your eyes from sulfur gas, but can also be used when cooking on the barbecue, for example. This way you have fewer problems with smoke!

Putting the onions in the fridge for thirty minutes to two hours ahead of time reduces the risk of tearing your eyes. Indeed, when an onion is at room temperature, this unpleasant gas is released more quickly.

Open the window or, better yet, turn the hood to turbo. Anything to get the sulfur out of your eyes. By circulating the air, you are less likely to suffer from watery eyes.